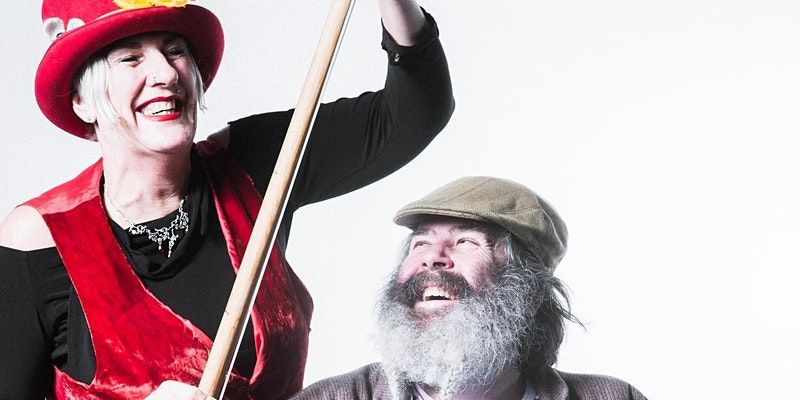 Join us just outside the StreetLife Hub for a coached performance. You're welcome to join in or just come along to watch!

No balloon animals will be harmed during this production.

Martyn Cooper, who was previously a dual qualified general and mental health nurse, has worked around Europe as a Clown, street performer, puppeteer and musician as well as taking regular walk on acting jobs in the UK TV and Film sector. A Punch and Judy Showman now focussing on model theatre and flea circus whilst continuing his brand of guerrilla clowning as ‘EEK’ and musical appearances with various musical projects. In the past he has worked as a guest teacher in primary schools and universities

Teresa Verney Brookes has an academic background in Ecology and Environmental Science and is an Outdoor Science teacher. She uses the performing arts (including puppetry and clowning) to engage children and families with the great outdoors and also to get across quite ‘dry’ science focused topics in a fun and interactive way. Teresa has performed her green themed Punch and Judy Show, Flea Circus and various walkabout routines at several large festivals including Camp Bestival, The Goodwood Revival, Twinwood Festival.

The two have worked together for over ten years both performing and teaching. They both prefer to perform in a non-scripted way, preferring improvisation with whatever is happening around them. They have been regulars at Glastonbury Festival and much to their surprise, do get asked back.

This event is free to attend - no booking required.