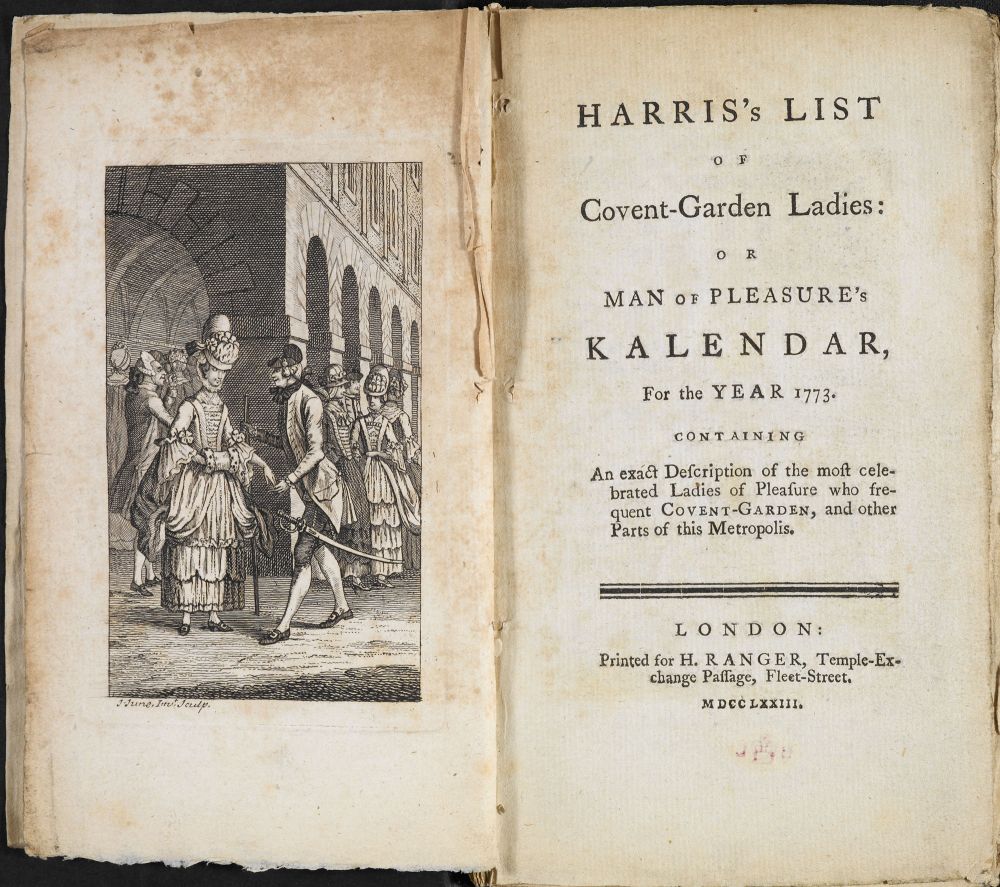 The event will begin with a short talk given by doctoral researcher Charlotte Goodge on how her research on female corpulency intersects with print culture in the eighteenth century.

Through a reading of the anonymous and highly-popular publication, Harris’s List of Covent-Garden Ladies (1757 – 1795) Charlotte will explore how much can be learned about attitudes towards women’s bodies from this annual directory of sex workers.

After a brief introduction to the StreetLife press and a demonstration of typesetting and printing practice, we will move on to the workshop portion of the event.

Attendees will then have the opportunity to try their own hand at printing an adapted version of an entry to Harris’s List to take home!

In between typesetting and printing will also be plenty of time to browse the StreetLife space and gallery and chat to the organisers about all things print and corpulency-related in the eighteenth century.

This event is the outcome of a collaboration between the print-related network Novel Impressions (led by Dr Helen Williams, Northumbria University) the StreetLife Press, and the team at Thin Ice Press, University of York.

The aim of Novel Impressions is to provide both a public-facing platform for the work of early career researchers, while also enabling an opportunity for non-specialists to engage and learn about print practice.

Charlotte is a CHASE(AHRC)-funded PhD student in the Department of English at University of Kent. Her interdisciplinary doctoral research focuses on understandings and depictions of female corpulence (obesity) in the ‘long’ eighteenth century, as presented in medical, literary and visual culture.

Charlotte is thankful to all those involved in the creation and execution of this event, having been part of previous projects produced by the Thin Ice Press during her MA in Eighteenth-Century Studies (2018-19) at the University of York.

Tickets are free but limited. Please book via the link.