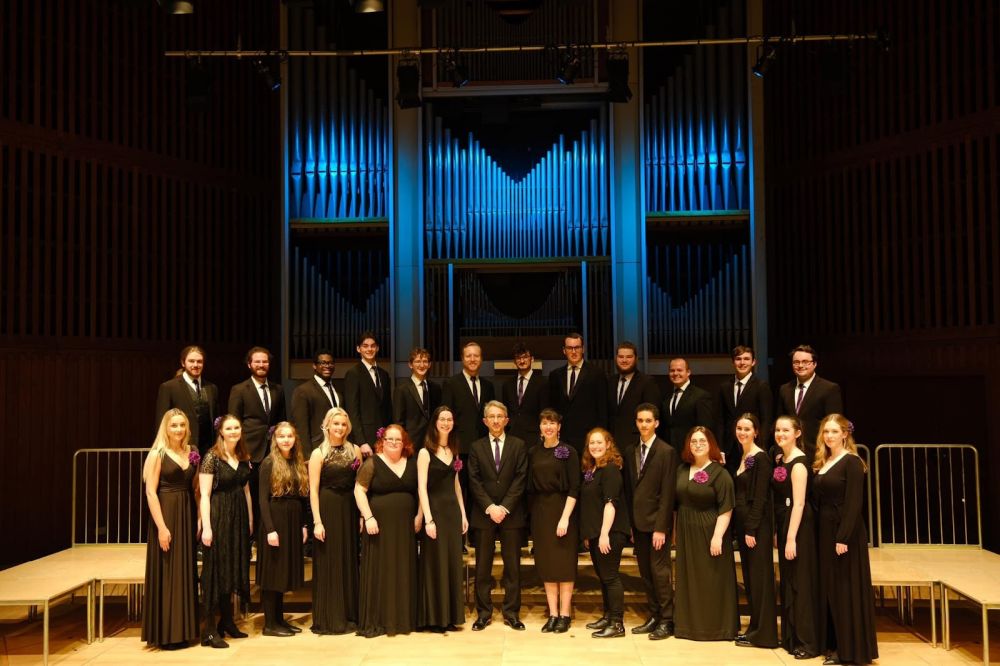 Join us at St Martin-le-Grand and discover the music of Valentine Nalson, a singer at the York Minster and vicar of St Martin-le-Grand, as singers from the vocal consort The 24 lead an open workshop of Nalson’s Mass in G, edited by David Griffiths. Learn about the work that goes into performing the Mass as the consort provides an insightful commentary alongside their performance of the work. Drop-in or stay to listen to the entire rehearsal.

This open rehearsal is sung by singers from The 24, a University of York choir of 24 voices (undergraduates and postgraduates) conducted by Robert Hollingworth. This rehearsal is led by T.J. Callahan Jr.

The 24 rehearses twice a week and prepares three choral programmes for the YorkConcerts Series, as well as giving other occasional concerts. The choir performs a varied repertoire; previous highlights include Daniel-Lesur’s highly demanding Le cantique des cantiques for twelve voices (1952) and the UK premiere (60 years on) of Jean Françaix’s Ode à la gastronomie (1953). The latter was featured on both BBC Radio 3’s ‘The Choir’ and ‘In Tune’.

Previous members of the choir joined vocal consort I Fagiolini to record music released by Decca Classics. In spring 2017, the ensemble travelled to Florence to perform Striggio’s 40-part Mass with I Fagiolini, one to a part and also with them opened the 2017 York Early Music Festival with a surround-sound ‘walk-through’ performance of Monteverdi’s 1610 Vespers in York Minster.

Free to attend and no booking required.