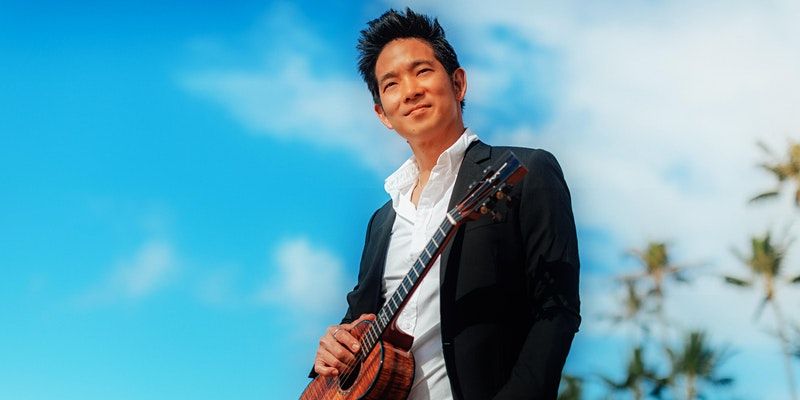 As part of York's StreetLife, Jake Shimabukuro will be offering a masterclass exploring his musical influences, playing styles and career.

With only four strings, JAKE SHIMABUKURO is a humble master whose mission is to connect and inspire people. Whether one-on-one or in front of an audience of thousands, Jake shares a deep emotional connection with the listener that is open, magical and transcendent.

Jake delivers performances around the world with an out-of-the-box blend of stunning virtuosity, deep musicality, and a natural entertainer’s flair.

Shimabukuro’s records have topped the Billboard World Music Charts on numerous occasions, and as a live performer he has become one of the hottest tickets around. He’s played with world-renowned orchestras and at prestigious venues such as the Hollywood Bowl, Lincoln Center and the Sydney Opera House, and has dazzled audiences at music festivals including Bonnaroo, SXSW, the Playboy Jazz Festival and Fuji Rock Festival. He even performed for that rarest of audiences: Her Majesty Queen Elizabeth II. Not too shabby for a humble young man from Hawaii and his trusty ukulele.

Even with the constant demands on his time – Shimabukuro tours roughly half the year and makes frequent appearances on media outlets such as The Today Show, Good Morning America, Jimmy Kimmel Live!, Late Night with Conan O’Brien, A Prairie Home Companion and NPR’s Morning Edition.