York Minster in Close Up by Catherine Sotheran 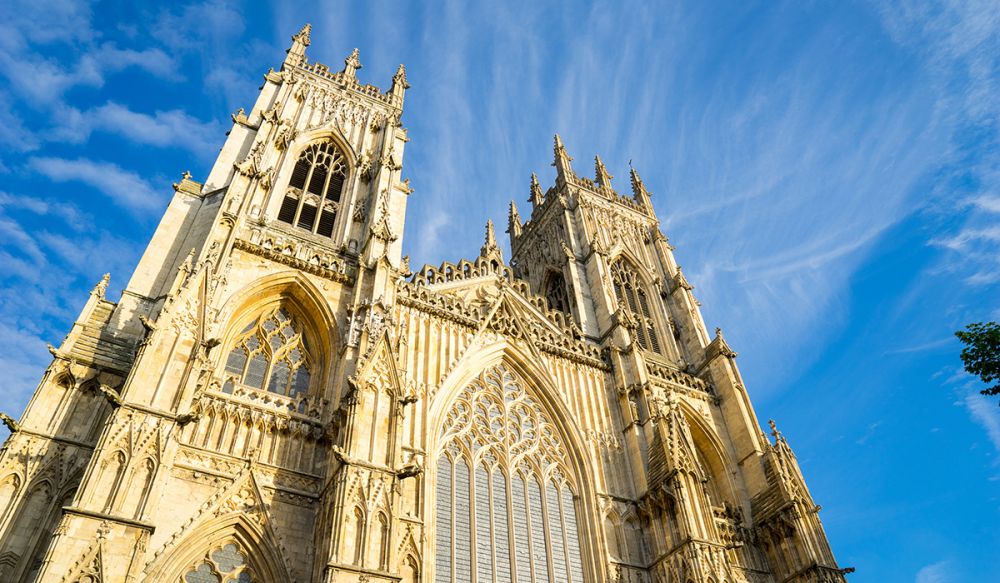 An illustrated talk based on Catherine’s book of the same name, showing you lots of the amazing grotesques and other carved figures on the outside of the Minister.

This event is hosted in collaboration with the the York 50+ Festival. The Festival has flourished since 2005, giving older people a chance to celebrate with younger people, to share events and skills, enjoy meeting other people with similar interests and to take up new hobbies for the rest of the year.

I'm not an academic or historian but when I retired from my job as a seamstress, I found the Facebook group York Past & Present and inspired by some of the posts I took up photography again (I'd always taken photos on holidays and days out as reminders but never really did anything with them or showed them to many people). I was taking photos round York but wasn't happy with what I think of as picture postcard views so started focusing (literally!) on small details that often go unnoticed. I was posting these in themes on the group and they seemed to go down very well which encouraged me to do more. After a bit of persuasion, I published a book of many of the photos I'd taken "York in close up", followed by a similar one of the many grotesques and other carvings on the outside of the Minster, a perfect subject for my long zoom lens. Members of the group also started asking me if I did walks to show people where some of these obscure objects are, so I put some routes together and started taking small groups on evening walks round York. After doing these for a while I realised I had the makings of a third book so "York in close up - the walks" came about.