Navigators Art is a York-based collective of artists, writers, musicians and performers whose mission it is to engage with community projects and mentor and encourage young emerging artists, hoping to give a platform to those with little outlet for their work. Their Live Jam was a testament of the group’s commitment to bringing York together as a community, offering laughter, lyricism and a sense of largeness, while giving opportunities to local bands and creatives. The night was truly full of raw and unexpected talent. From busking bands taken off the streets of York’s city center to independent publishing house Stairwell Books to University of York’s Will Osbon, performances were delivered with precision and pride. 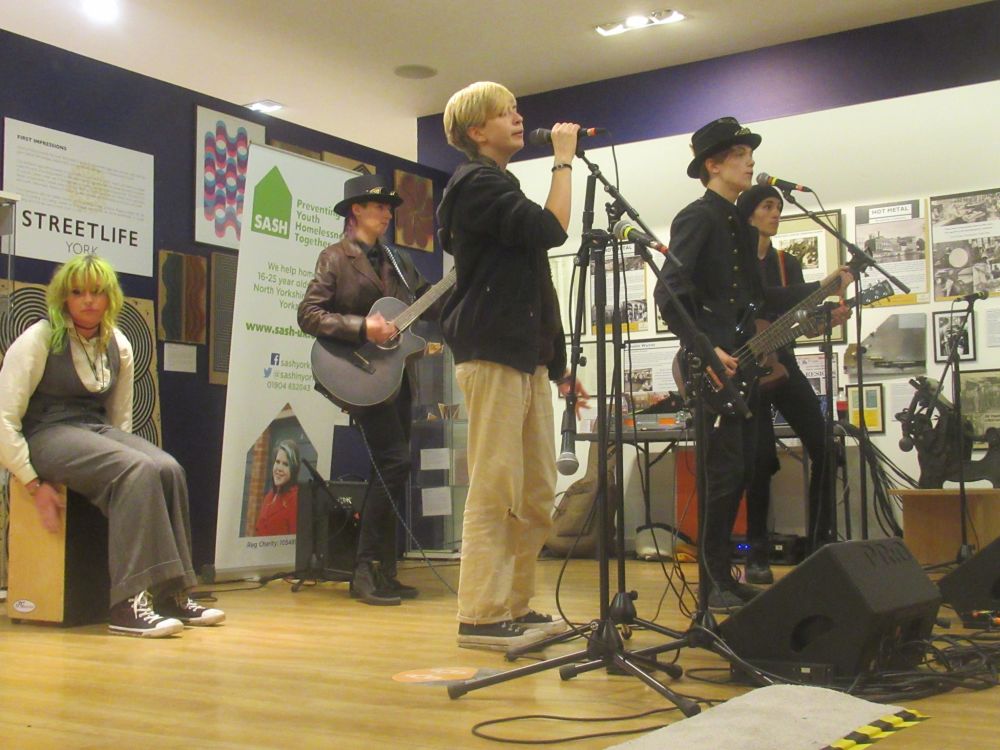 Navigators have hosted exhibits at City Screen and Theatre Royal Takeover Festival, and currently the StreetLife project in Coney St. As a recognised communal hub of history and culture, StreetLife was the ideal location for the Performance Jam. The space is open 6 days a week to the public and with the live event being open to anyone in York, the mixture of ticketed entrants and off-the-street wanderers helped shape the atmosphere into something magical; it was inviting, safe and energizing all at once. In the midst of seats being taken and untaken, casual enactments of conversation, coloured pens scratching onto canvases, guests gathering around the fringes of the room, it was a night to remember.

While the talent exhibited was undeniable, the live event lacked ethnic diversity. Navigators Art has aims of “inspiring creative laboratory for a diversity of artists and performers” and are actively seeking to address this imbalance through workshop sessions to explore greater involvement. Even with these goals, Navigator’s Art raises wider questions of lack of diversity in York. There was a strong celebration of talent for different age groups, lending to Navigator’s Art commitment to diversity.

One sour note was hit by the comedian who made several sexual references at the audience, which was neither humorous nor ground-breaking.

With that said, the Live Jam did achieve its primary goal of providing a platform for emerging talent in York. If you’ve lost your keys, look no further and listen to York’s pop punk cover band Lost Keys. With an acoustic set-up of First Aid Kit and the visual aesthetic of Panic at the Disco meets Victorian aeronauts, the band gave energetic and almost-pitch perfect performances of hit songs like Teenage Dirtbag by Wheatus. Other musicians included Paul Lewis, who performed his own songs with a captivating, mellow melancholic edge - bringing the vibe of a summer’s end that you can’t quite let go of. The audience was also greeted by alt-folk trio White Sail, and the immensely talented DylanThompson (who sings like Cavetown meshed with Broadway Brad from Gilmore Girls) and Cai Moriarty (whose voice was remarkable, some could say Harry Styles-esque). 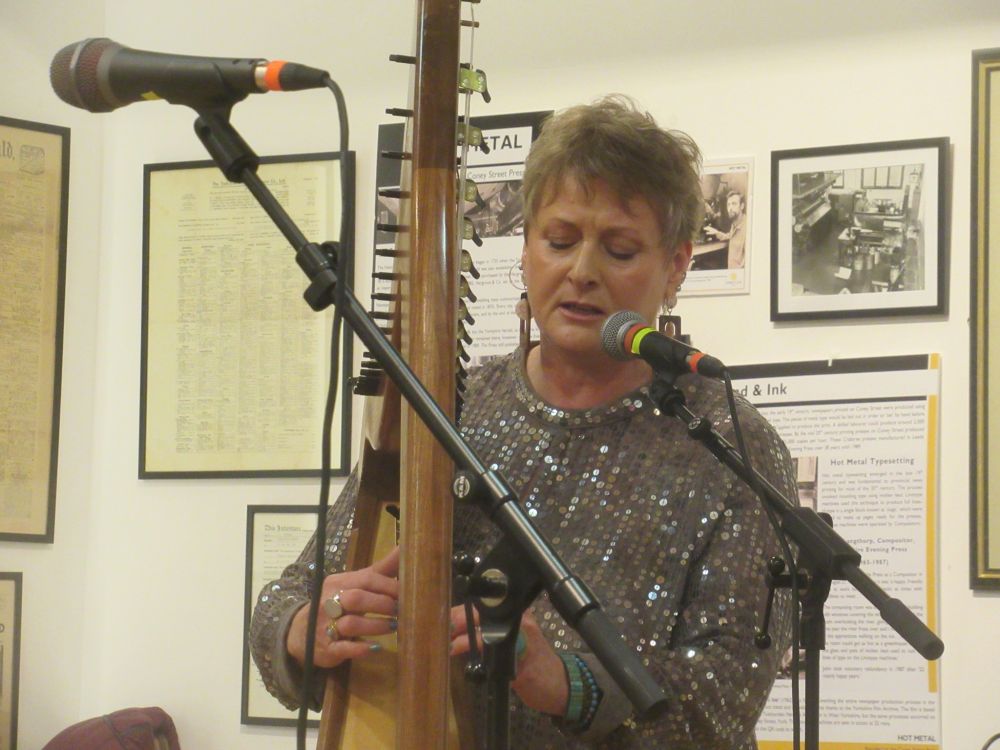 Interlaced into these musical performances, the comedy and poetry portions of the evening were equally captivating. Stairwell Books’ Rose Drew celebrated poet Don Walls (and handed out many free copies of his collections) and performed her own work, which took on questions of self-hood in her poem ‘Baby food’ along with that of belonging and the critique of the current US political landscape, referencing events such as Stonewall. Other performers included stand-up comedian Alex McKenzie who gave heart-felt jokes on navigating adulthood or ‘adulting’, with one of his funniest or grossest quips being about how people should reuse dishes to let the flavors mingle as God intended. And last but not least, Will Osbon: a comedic poet with the intention of not being mistaken for or compared to Bo Burnham. Less poetry and more poetic comedy, Osbon let a wildfire of laughter spread across the audience with comparisons of York to Game of Thrones and its walls protecting us not from dragons but from Leeds.

Navigators co-founder Richard Kitchen commented, “It was great to see it finally coming together, not to mention all those people in the audience! Many of them donated generously to SASH, our chosen charity […] The collaborations were definitely highlights. Those involved had worked long and hard on achieving something slightly outside the familiar, for themselves as well as the audience. Given all the open mic slots around, we wanted to offer something different, and we did. It was a strength, and certainly the way we'll go next time.”

Looking to next year, Navigators Art have another community project in the pipeline and are in discussion with the organizers of a major funded initiative to operate between 2023 and 2025. Meanwhile, the group intends to keep showcasing work when and where they can and to host further performance events. Opportunities within Navigators Art are available to all kinds of artists and performers, including visual artists, spoken word performers, poets, actors, comedians, dancers, singers, and musicians, who want to contribute work that shifts what mainstream York typically offers and that raises public awareness of grassroots under-the-radar creativity.

Sophie Mae Apps is an English and Related Literature student at the University of York.