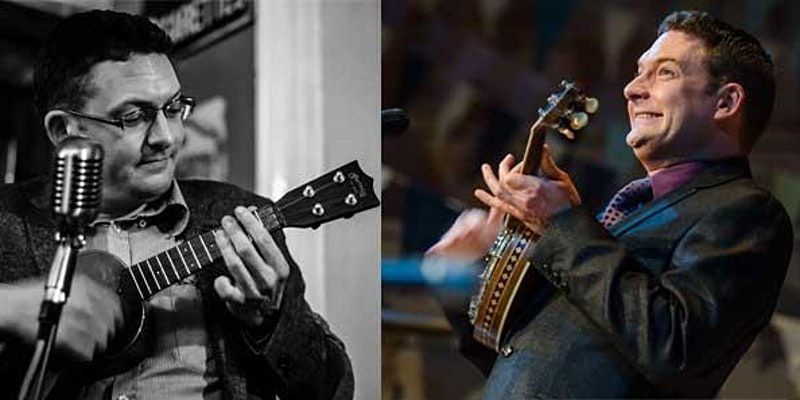 Andy lifts the lid on those famous George Formby techniques such as the SPLIT STROKE, TRIPLE and FAN, demistifying that right-hand blur by breaking the elements down in slow-motion.

The catchy, syncopated rhythmic patterns will jazz up your playing by adding emphasis to different beats of the bar...

Banjoleles and ukuleles welcome - workshop will be in 'GCEA' tuning.

Born in Lancashire to a musical family, Andy began performing at an early age, studying classical violin and piano. But he also developed a passion for jazz and popular music, and having taught himself ukulele he made history at Oxford University as the only musician ever to give his degree recital on the instrument! He is now considered one of the world’s foremost ukulele players and is proud to have contributed to its continuing popularity.

The legendary Sir Ken Dodd gave Andy his break into theatre, and he made over 300 performances as special guest with the great comedian - who described him as ‘a one-man music festival’ - as well as working alongside stars such as Cannon & Ball, Joe Pasquale, Frank Skinner, Des O’Connor and Roy Hudd.